When Trials and Temptations

Author: Abram Metzler Meter: 7.6.7.6 D with refrain Appears in 7 hymnals First Line: When trials and temptations Around thee darkly flow Refrain First Line: There is sweet rest in heav'n Topics: Edification and Encouragement Scripture: 2 Timothy 2:12 Used With Tune: BE NOT AFRAID
When Trials and Temptations

In time of temptation 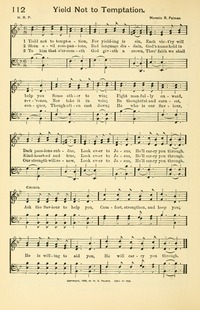 Yield Not To Temptation. 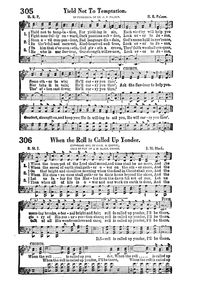 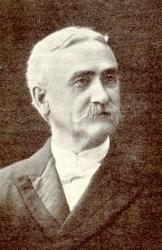 1834 - 1907 Person Name: Horatio R. Palmer Author of "Yield Not to Temptation" in Trinity Hymnal (Rev. ed.) Palmer, Horatio Richmond, MUS. DOC, was born April 26, 1834. He is the author of several works on the theory of music; and the editor of some musical editions of hymnbooks. To the latter he contributed numerous tunes, some of which have attained to great popularity, and 5 of which are in I. D. Sankey's Sacred Songs and Solos, London, 1881. His publications include Songs of Love for the Bible School; and Book of Anthems, the combined sale of which has exceeded one million copies. As a hymnwriter he is known by his "Yield not to temptation," which was written in 1868, and published in the National Sunday School Teachers' Magazine, from which it passed, with music by the author, into his Songs of Love, &c, 1874, and other collections. In America its use is extensive. Dr. Palmer's degree was conferred by the University of Chicago in 1880. -- John Julian, Dictionary of Hymnology (1907) =============== Palmer, H. R., p. 877, i. The hymn "Would you gain the best in life" (Steadfastness), in the Congregational Sunday School Supplement, 1891, the Council School Hymn Book, 1905, and others, is by this author. --John Julian, Dictionary of Hymnology, New Supplement (1907)
H. R. Palmer 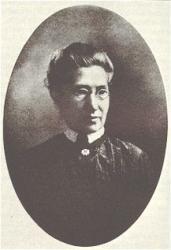 1851 - 1920 Author of "A bright world beyond" in Corn In Egypt Pseudonym: Li­die H. Ed­munds. Eliza Edmunds Hewitt was born in Philadelphia 28 June 1851. She was educated in the public schools and after graduation from high school became a teacher. However, she developed a spinal malady which cut short her career and made her a shut-in for many years. During her convalescence, she studied English literature. She felt a need to be useful to her church and began writing poems for the primary department. she went on to teach Sunday school, take an active part in the Philadelphia Elementary Union and become Superintendent of the primary department of Calvin Presbyterian Church. Dianne Shapiro, from "The Singers and Their Songs: sketches of living gospel hymn writers" by Charles Hutchinson Gabriel (Chicago: The Rodeheaver Company, 1916)
E. E. Hewitt

Editors: H. R. Palmer Description: The SmallChurchMusic site was launched in 2006, growing out of the requests from those struggling to provide suitable music for their services and meetings. Rev. Clyde McLennan was ordained in mid 1960’s and was a pastor in many small Australian country areas, and therefore was acutely aware of this music problem. Having also been trained as a Pipe Organist, recordings on site (which are a subset of the smallchurchmusic.com site) are all actually played by Clyde, and also include piano and piano with organ versions. All recordings are in MP3 format. Churches all around the world use the recordings, with downloads averaging over 60,000 per month. The recordings normally have an introduction, several verses and a slowdown on the last verse. Users are encouraged to use software: Audacity (http://www.audacityteam.org) or Song Surgeon (http://songsurgeon.com) (see http://scm-audacity.weebly.com for more information) to adjust the MP3 number of verses, tempo and pitch to suit their local needs. Copyright notice: Rev. Clyde McLennan, performer in this collection, has assigned his performer rights in this collection to Hymnary.org. Non-commercial use of these recordings is permitted. For permission to use them for any other purposes, please contact manager@hymnary.org. Home/Music(smallchurchmusic.com) List SongsAlphabetically List Songsby Meter List Songs byTune Name About
Small Church Music