From Depths of Woe I Raise to Thee 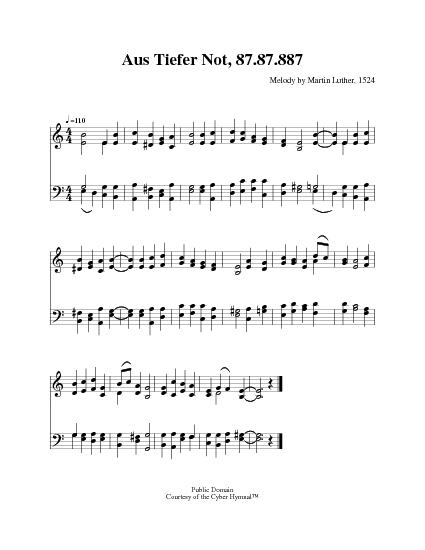 1 From depths of woe I raise to thee
the voice of lamentation;
Lord, turn a gracious ear to me
and hear my supplication:
if thou iniquities dost mark,
our secret sins and misdeeds dark,
O who shall stand before thee?


2 To wash away the crimson stain,
grace, grace alone, availeth;
our works, alas! are all in vain;
in much the best life faileth:
no man can glory in thy sight,
all must alike confess thy might,
and live alone by mercy.


3 Therefore my trust is in the Lord,
and not in mine own merit;
on him my soul shall rest, his Word
upholds my fainting spirit:
his promised mercy is my fort,
my comfort, and my sweet support;
I wait for it with patience.


4 What though I wait the live-long night,
and 'til the dawn appeareth,
my heart still trusteth in his might;
it doubteth not nor feareth:
do thus, O ye of Israel's seed,
ye of the Spirit born indeed;
and wait 'til God appeareth.


5 Though great our sins and sore our woes,
his grace much more aboundeth;
his helping love no limit knows,
our utmost need it soundeth.
Our Shepherd good and true is he,
who will at last his Israel free
from all their sin and sorrow.

Massie, Richard, eldest son of the Rev. R. Massie, of Goddington, Cheshire, and Rector of Eccleston, was born at Chester, June 18, 1800, and resides at Pulford Hall, Coddington. Mr. Massie published a translation of Martin Luther’s Spiritual Songs, London, 1854. His Lyra Domestica, 1st series, London, 1860, contains translations of the 1st Series of Spitta's Psalter und Harfe. In 1864 he published vol. ii., containing translations of Spitta's 2nd Series, together with an Appendix of translations of German hymns by various authors. He also contributed many translations of German hymns to Mercer's Church Psalter & Hymn Book; to Reid's British Herald; to the Day of Rest, &c. He died Mar. 11,1887. -- John Julian, Di… Go to person page >

The tune name ALLEIN GOTT derives from the opening words of Decius's rhymed text in High German. The tune was first published in Schumann's Geistliche Lieder. Decius adapted the tune from a tenth-century Easter chant for the Gloria text, beginning at the part accompanying the words "et in terra pax.… 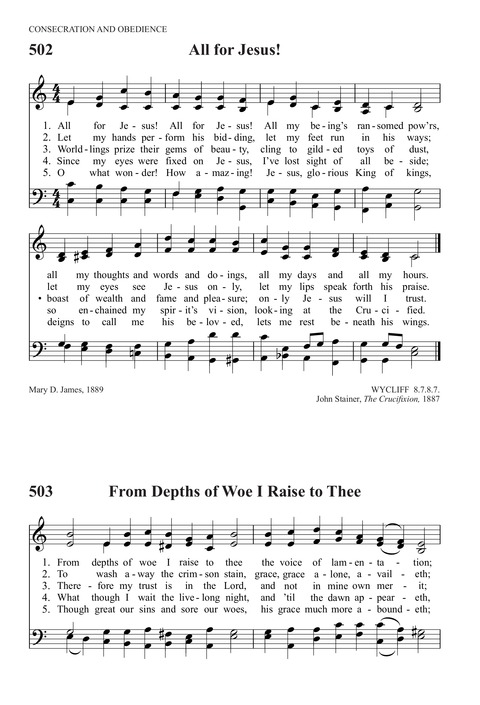