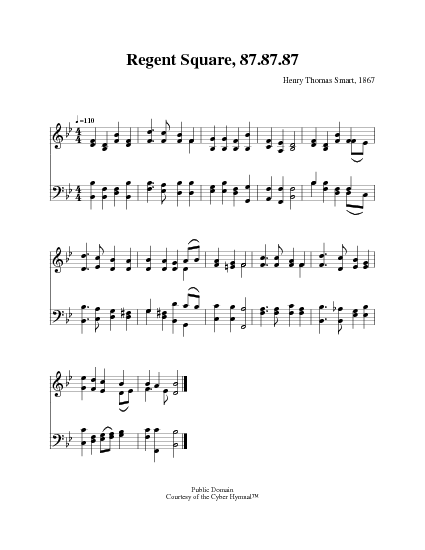 1 Light's abode, celestial Salem,
vision whence true peace doth spring,
brighter than the heart can fancy,
mansion of the highest King;
O how glorious are the praises
which of thee the prophets sing!

2 There for ever and for ever
alleluia is outpoured;
for unending, for unbroken,
is the feast-day of the Lord;
all is pure and all is holy
that within thy walls is stored.

3 There no cloud or passing vapour
dims the brightness of the air;
endless noon-day, glorious noon-day,
from the Sun of suns is there;
there no night brings rest from labour,
for unknown are toil and care.

4 O how glorious and resplendent,
fragile body, shalt thou be,
when endued with so much beauty,
full of health and strong and free,
full of vigour, full of pleasure
that shall last eternally.

5 Now with gladness, now with courage,
bear the burden on thee laid,
that hereafter these thy labours
may with endless gifts be paid;
and in everlasting glory
thou with brightness be arrayed.

Source: Ancient and Modern: hymns and songs for refreshing worship #710 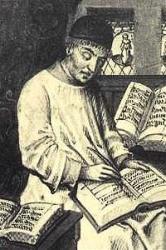 Thomas of Kempen, commonly known as Thomas à Kempis, was born at Kempen, about fifteen miles northwest of Düsseldorf, in 1379 or 1380. His family name was Hammerken. His father was a peasant, whilst his mother kept a dame's school for the younger children of Kempen. When about twelve years old he became an inmate of the poor-scholars' house which was connected with a "Brother-House" of the Brethren of the Common Life at Deventer, where he was known as Thomas from Kempen, and hence his well-known name. There he remained for six years, and then, in 1398, he was received into the Brotherhood. A year later he entered the new religious house at Mount St. Agnes, near Zwolle. After due preparation he took the vows in 1407, was priested in 1413,… Go to person page >

Jerusalem luminosa. [Eternal Life.] This hymn, in 100 lines, was first published by Mone, No. 304, from a 15th century manuscript at Karlsruhe, in which it is entitled, "On the glory of the heavenly Jerusalem as concerning the endowments of the glorified body." Of this and the two cognate hymns of this manuscript ("Quisquis valet" and "In domo Patris," q.v.) Dr. Neale says, “The language and general ideas prove the writer [unknown, but apparently of the 15th century] to have been subject to the influence of the school of Geert Groot and Thomas à Kempis "(Hymns chiefly Mediaeval on the Joys and Glories of Paradise, 1865, p. 44). Lines 25 ff., "In te nunquam nubilata," may be compared with a passage in St. Cyprian's De laude martyrii:—

"All things there have nothing to do with either cold or heat; nor do the fields rest, as in autumn; nor again does the fertile earth bring forth fruit in the early spring; all things belong to one season, they bear the fruits of one summer: indeed, neither does the moon serve to mark the months, nor does the sun run through the spaces of the hours; nor does the day, put to flight, give way to night; joyful rest reigns over the people, a placid dwelling contains them."

"There the everlasting spring-tide
Sheds its dewy, green repose;
There the Summer, in its glory,
Cloudless and eternal glows;
For that country never knoweth
Autumn's storms nor winter's snows." [Rev. W. A. Shoults, B.D.]

Translation in common use:—
Light's abode, Celestial Salem. By J. M. Neale, published in the Hymnal Noted, 1858, in 7 stanzas of 6 lines, and again in his Hymns chiefly Mediaeval on the Joys and Glories of Paradise, 1865. In its full or in an abridged form it has been included in several hymn-books, including Hymns Ancient & Modern, the Hymnary, &c. In the Hymnal for the use of St. John, &c., Aberdeen, Appendix, 1870, it is altered to "Seat of Light! Celestial Salem," and in the St. Margaret's Hymnal (East Grinstead), 1875, as “0 how blessed, 0 how quickening." 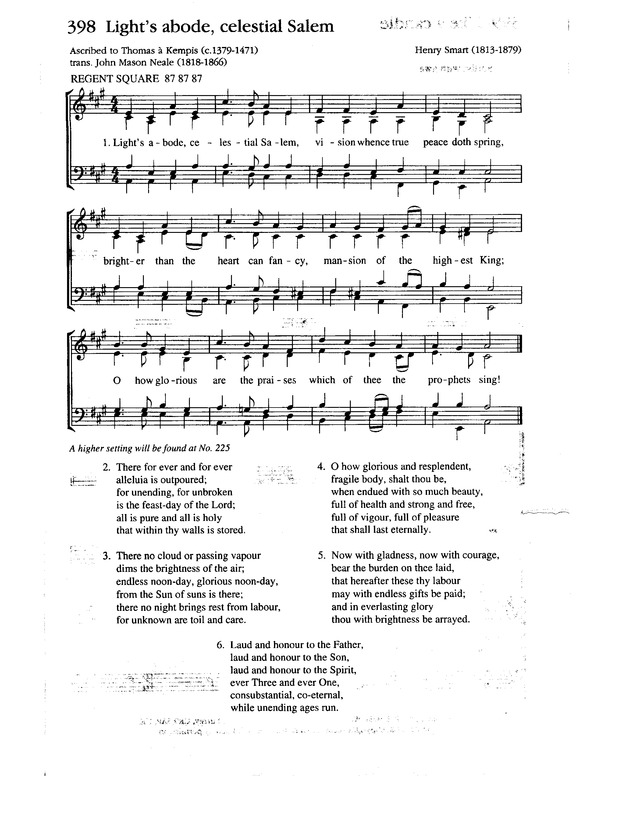