Teach me, my God and King 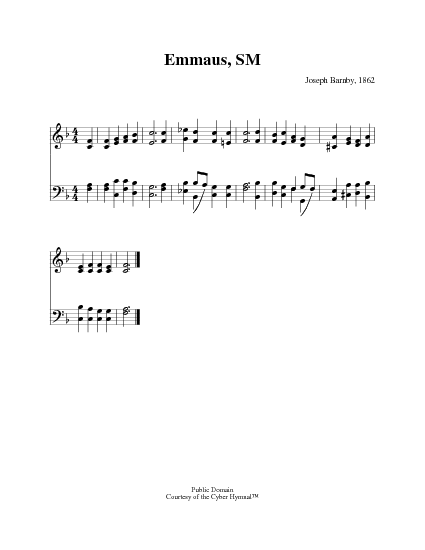 Teach me, my God and King, In all things Thee to see

1 Teach me, my God and King,
in all things Thee to see,
and what I do in anything,
to do it as for Thee.


2 To scorn the senses’ sway,
while still to Thee I tend;
in all I do be Thou the Way,
in all be Thou the End.


3 All may of Thee partake;
nothing so small can be,
but draws, when acted for Thy sake,
greatness and worth from Thee.


4 If done t'obey Thy laws,
e’en servile labors shine;
hallowed is toil, if this the cause,
the meanest work divine. 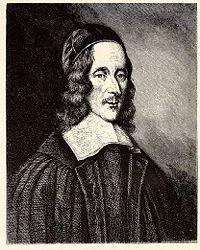 Herbert, George, M.A., the fifth son of Richard Herbert and Magdalen, the daughter of Sir Richard Newport, was born at his father's seat, Montgomery Castle, April 3, 1593. He was educated at Westminster School, and at Trinity College, Cambridge, graduating B.A. in 1611. On March 15, 1615, he became Major Fellow of the College, M.A. the same year, and in 1619 Orator for the University. Favoured by James I., intimate with Lord Bacon, Bishop Andrewes, and other men of influence, and encouraged in other ways, his hopes of Court preferment were somewhat bright until they were dispelled by the deaths of the Duke of Richmond, the Marquis of Hamilton, and then of King James himself. Retiring into Kent, he formed the resolution of taking Holy Orders… Go to person page >
^ top

Teach me, my God and King. G. Herbert. [Duty.] This hymn is found in modern hymnbooks in two forms, the first as written by Herbert, and the second as altered by J. Wesley. Herbert's text was printed in his Temple, 1633, p. 178, under the title "The Elixir"; and J. Wesley's in his Collection of Psalms & Hymns, 1738.
In modern hymnbooks, as in Mercer and others, J. Wesley's text, with the omission of the last stanza, is usually followed. We must note that in Herbert's text the line (a) reads in the 7th ed. "Which with this tincture for Thy sake," and that in later editions of J. Wesley's Collection of Psalms & Hymns the following changes are also made :—
(b) "Nothing so small can be."
(c) "Hallow'd is toil, if this the cause."
(d) "The elixir this the stone."
This rugged, but beautiful hymn is we! adapted in its original form for private use.

All tunes published with 'Teach me, my God and King'^ top 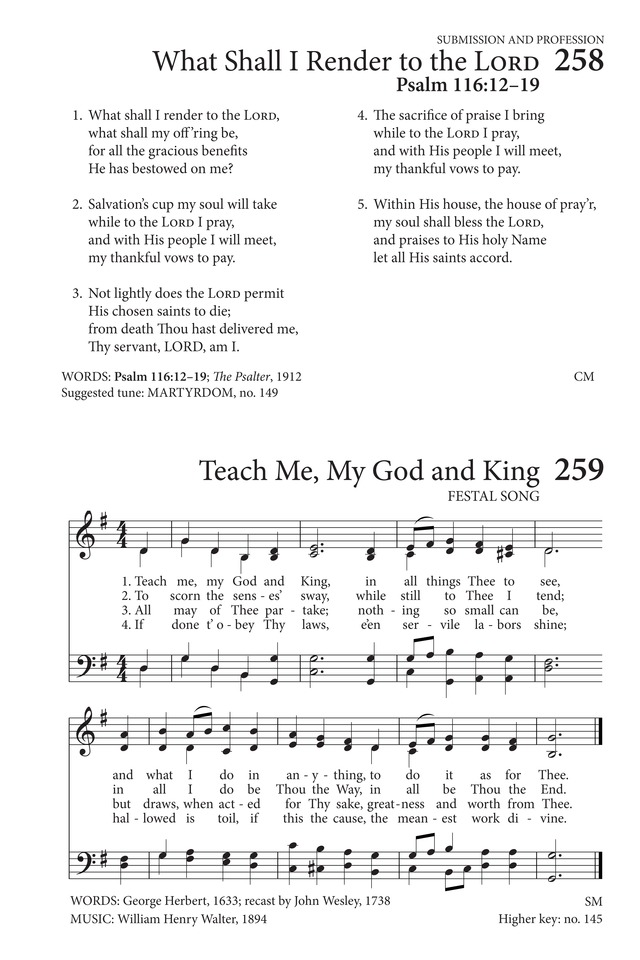