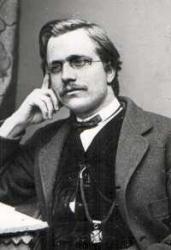 Joseph Parry (b. Merthyr Tydfil, Glamorganshire, Wales, 1841; d. Penarth, Glamorganshire, 1903) was born into a poor but musical family. Although he showed musical gifts at an early age, he was sent to work in the puddling furnaces of a steel mill at the age of nine. His family immigrated to a Welsh settlement in Danville, Pennsylvania in 1854, where Parry later started a music school. He traveled in the United States and in Wales, performing, studying, and composing music, and he won several Eisteddfodau (singing competition) prizes. Parry studied at the Royal Academy of Music and at Cambridge, where part of his tuition was paid by interested community people who were eager to encourage his talent. From 1873 to 1879 he was professor of mus… Go to person page >
^ top

All texts published with DINBYCH^ top

Joseph Parry (PHH 18) composed DINBYCH and named it after the city of Dinbych in northern Wales. The tune first appeared in Llyfr Tonau Cynulleidfaol Cenedlaethol Cymru (The Welsh National Book of Congregational Tunes) which was edited by Parry and published in several parts from 1887 to 1892. DINBYCH appears in the Psalter Hymnal in an abridged form, as found in other English hymnals. This anthem-like tune features a well-designed mix of small and larger intervals and short and longer phrases and is supported by a colorful harmony. Part singing and optional antiphonal performance are appropriate. 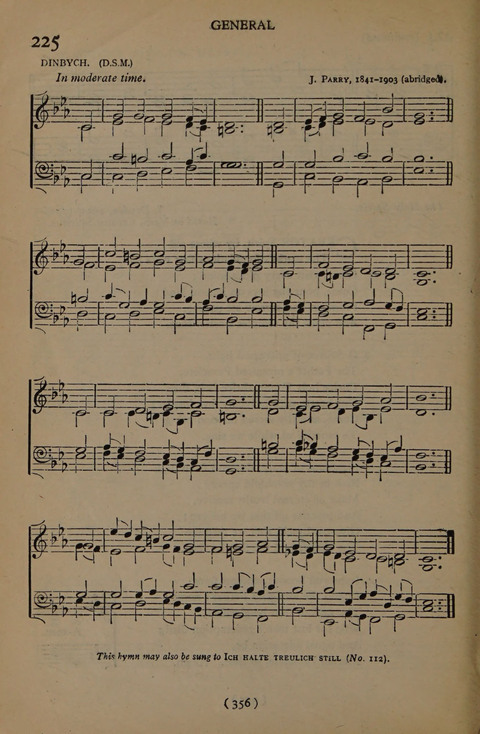