Henry J. Gauntlett (b. Wellington, Shropshire, July 9, 1805; d. London, England, February 21, 1876) When he was nine years old, Henry John Gauntlett (b. Wellington, Shropshire, England, 1805; d. Kensington, London, England, 1876) became organist at his father's church in Olney, Buckinghamshire. At his father's insistence he studied law, practicing it until 1844, after which he chose to devote the rest of his life to music. He was an organist in various churches in the London area and became an important figure in the history of British pipe organs. A designer of organs for William Hill's company, Gauntlett extend­ed the organ pedal range and in 1851 took out a patent on electric action for organs. Felix Mendelssohn chose him to play the or… Go to person page >
^ top

Come, Let Us Join Our Friends Above

His Love and Care

I bow my forehead to the dust,
I veil mine eyes for shame,
And urge, in trembling self-distrust,
A prayer without a claim.

Lord, Who at Cana's Wedding Feast

Lord, Who at Cana’s wedding feast
Didst as a guest appear,
Thou dearer far than earthly guest,
Vouchsafe Thy presence here;
For holy Thou indeed dost prove
The marriage vow to be,
Proclaiming it a type of love
Between the Church and Thee.

Text: There is a land of pure delight, Where saints immortal reign
^ top 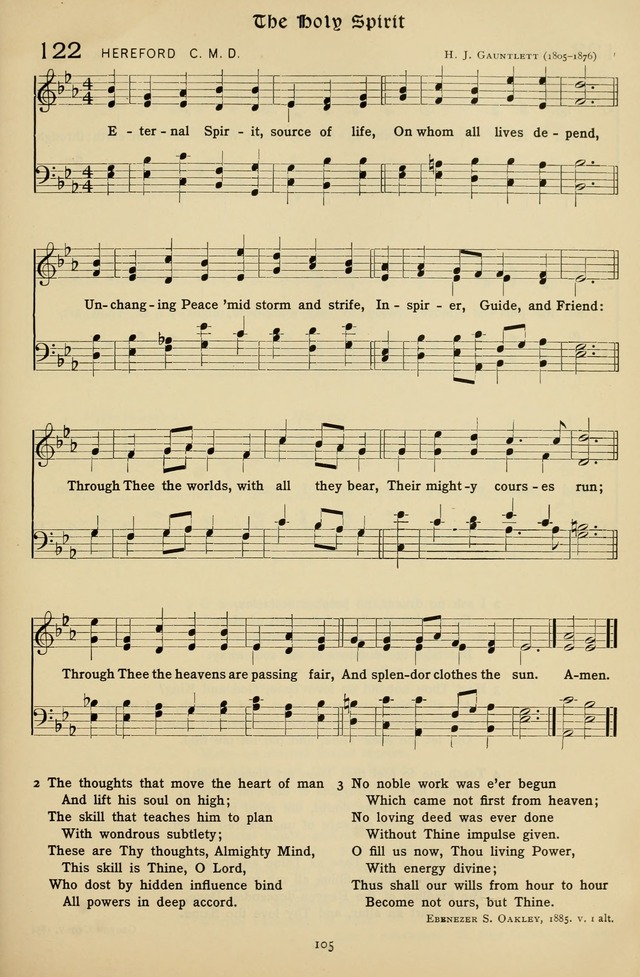