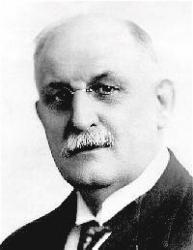 When we walk with the Lord
in the light of his word,
what a glory he sheds on our way!
While we do his good will,
he abides with us still,
and with all who will trust and obey.

All texts published with TRUST AND OBEY ^ top

One of the sturdiest of the some two thousand tunes Daniel Brink Towner (b. Rome,
PA, 1850; d. Longwood, MO, 1919) composed, TRUST AND OBEY is also among the most popular. It is cast in the verse-refrain form typical of gospel hymns.

Sing in harmony throughout. Though the use of a fermata in the refrain (on. “Jesus") prevails in some congregations, hymnals, and recordings; the text is one unit and should be performed as one long musical phrase without undue breaths or pauses. Observe one broad beat per measure.

Towner was educated musically by his father and later trained by gospel musicians such as George Root (PHH 93) and George Webb (PHH 559). He served as music director for the Centenary Methodist Church Binghamton, New York (1870-1882), the York Street Methodist Church in Cincinnati, Ohio (1882-1884), and briefly at the Union Methodist Church in Covington, Kentucky. In 1885 he joined Dwight L. Moody's evangelistic campaigns as a baritone soloist and choral conductor. From 1893 until his death he was head of the music department of Moody Bible Institute in Chicago, where he strongly influenced several generations of students. Towner compiled fourteen hymn collections.

Text: When We Walk with the Lord 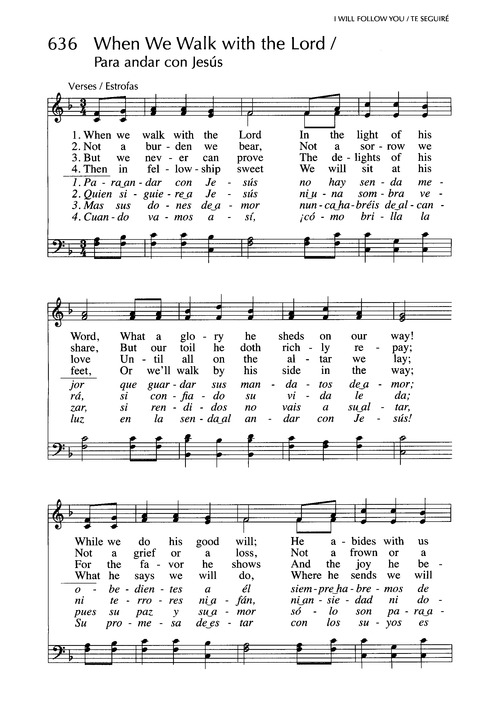 Tune Title: TRUST AND OBEY First Line: When we walk with the Lord Composer: Daniel Brink Date: 1983
Hymns and Psalms #687

Hymns for a Pilgrim People #368

Tune Title: TRUST AND OBEY First Line: When we walk with the Lord Composer: Daniel B. Towner Meter: 669 D with refrain Key: F Major Date: 2006
Sing With Me #218

Tune Title: TRUST AND OBEY First Line: When we walk with the Lord in the light of His Word Date: 2006
The Christian Life Hymnal #504

The Hymnal for Worship and Celebration #349