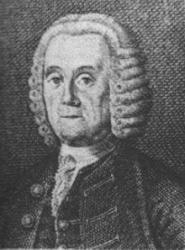 Bogatzky, Carl Heinrich von.   He was born Sept. 7,1690, on his father's estate of Jankowe, near Militsch, in Silesia. His father, J. A. v. Bogatzky, was descended from a noble Hungarian family, and entering the Austrian service attained the rank of Lieutenant-Colonel. Bogatzky's early education was picked up at various places as family arrangements permitted. He was for some time page at the Ducal Court of Weissenfels. From Weissenfels his father removed him to 13realau, to prepare for entering the army. During a long illness at Breslau he became convinced that God had other work for him to do. Receiving an offer of assistance from Count Heinrich xxiv., of Reuss-Kostriz, towards the expenses of an University course, he entered Urn University of Jena in 1713; but removed at Easter, 1715, to the University of Halle, still as a student of law. Before Christinas ho received notice that his mother had died in Silesia, and that he must return. During the week that elapsed before setting out, while attending divine service, he received what he regarded as his first true views of Justification by Faith. Disowned by his father for objecting to enter the army, he returned from Silesia to Halle and enrolled himself, at Easter, 1716, as a student of theology. At Halle he began for his own edification his best known work, The Golden Treasury, 1st published at Breslau in 1718. During 1718 his health failed, and his voice became so seriously affected that he was unable to take any parochial charge.

From thenceforth he devoted himself to religious authorship, and speaking in private gatherings. He left Silesia in 1740, and for five years resided at Saalfeld, where he wrote many works, including that on True Conversion, 1741. In 1746 he removed to Halle, where G. A. Francke gave him a free room in the orphanage. The rest of his life was spent mainly in that town. The most important of his publications at this time was his Meditations and Prayers on the New Testament, 7 vols., 1755-61. He died at Halle, June 15, 1774. (Koch, iv. 468-478; Allg. Deutsche Biog., iii. 37- 39; Autobiography tr. by Samuel Jackson, Lond., 1856—the second dating his death, possibly through a misprint, as at Glaucha, near Halle, 1754).Bogatzky seems to have begun hymn-writing about 1718, and in all composed 411 hymns, some of which appeared in part, in his devotional works, 3 in the Cothnische Lieder, 1733-36, 6 in the Wernigerode Gesang-Buch, 1735, and in a collected form at Halle, 1750, as Die Uebungder Gottseligkeit in allerley Geistlichen Liedern, with 302 hymns (2nd ed. Halle, 1755, with 396; 3rd ed.. 1771, with 411, reprinted unaltered at Berlin, 1844). With this the Dowager Queen of Denmark was so much pleased that, as the 1st ed. was in very small type, she offered to contribute to an ed. in larger type, and when that was issued in 1750 (with 376 hymns), bought 300 copies, all of which she distributed.His hymns have little poetic fire or glow of imagination; but in his better productions there is stimulating zeal, warmth of religious feeling, and simplicity of religious faith, linking him rather with the earlier Halle School, than with the spiritual sensuousness of some of his fellow contributors to the Cothnische Lieder.