Praise to the Holiest in the height

Praise to the Holiest in the height

1 Praise to the Holiest in the height,
and in the depth be praise:
in all his words most wonderful,
most sure in all his ways.


2 O loving wisdom of our God!
When all was sin and shame,
a second Adam to the fight
and to the rescue came.


4 And that a higher gift than grace
should flesh and blood refine,
God's presence and his very self,
and essence all-divine.


5 O generous love! that he, who smote
in Man for man the foe,
the double agony in Man
for man should undergo;


6 And in the garden secretly,
and on the cross on high,
should teach his brethren, and inspire
to suffer and to die.


7 Praise to the Holiest in the height,
and in the depth be praise:
in all his words most wonderful,
most sure in all his ways.

Source: Ancient and Modern: hymns and songs for refreshing worship #763a 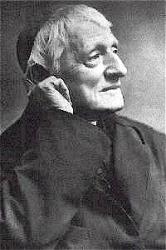 Praise to the Holiest in the height. Cardinal J. H. Newman. [Praise.] Written in 1865, and first published in the author's Verses on Various Occasions, in 1868. It forms part of a poem of some length, entitled The Dream of Gerontius. This Dream describes the journey of a disembodied soul from the body to its reception in Purgatory. Various hymns are introduced throughout the poem, and this is given as being sung by the Fifth Choir of Angelicals" as the disembodied soul is conducted into the presence chamber of Emmanuel previous to passing forward into Purgatory. In 1868 it was transferred to the Appendix to Hymns Ancient & Modern, the only change being the repetition of the first stanza at the close. From Hymns Ancient & Modern it has passed into a large number of hymn-books.

Praise to the Holiest in the height, p. 904, ii. The Dream of Gerontius appeared in The Month for May and June, 1865. This hymn is in the June number, p. 537, as sung by the First Choir of Angelicals. A copy of the rare first separate ed. of The Dream (1866) is in the British Museum, and another in the Church House, Westminster. 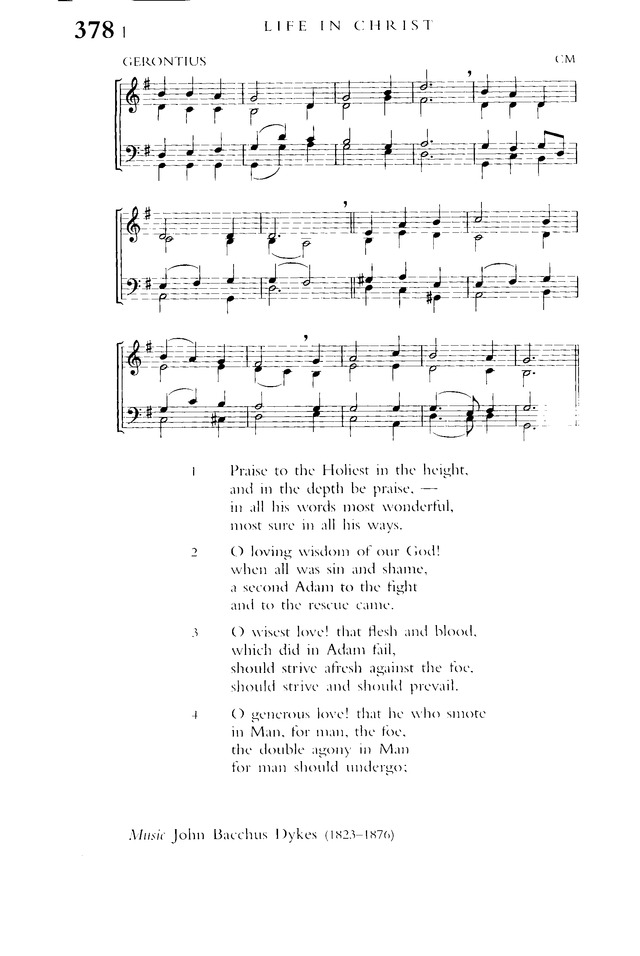 A New Hymnal for Colleges and Schools #38

Ancient and Modern #763a

Ancient and Modern #763b

Hymns of Glory, Songs of Praise #378a

Hymns of Glory, Songs of Praise #378b

The Book of Hymns (A fresh anthology of favourite hymns) #19

The New English Hymnal #439a

The New English Hymnal #439b

The Song Book of the Salvation Army #18