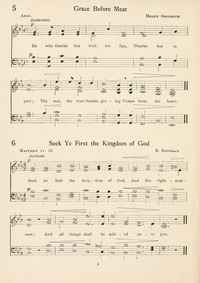 Seek ye first the kingdom of God And His righteousness

Audio files: MIDI, Recording
Representative text cannot be shown for this hymn due to copyright.
See page scan previews below.

Karen Lafferty (b. Alamogordo, NM, 1948) wrote this song one night after attending a Bible study on Matthew 6:33 in 1971 at Calvary Chapel, Costa Mesa, California. Struggling with financial difficulties after recently starting a full-time music ministry, she returned home that night with new encouragement. Others appreciated its beauty and simplicity, and the song soon gained popularity, eventually providing the support that permitted her to continue and develop her ministry.

Other stanzas, also based on well-known quotations of Jesus, were written anonymously. Stanza 2 is based on Matthew 7:7, and stanza 3 on Matthew 4:4 (quoting Deut. 8:3). The first two quotations are from the Sermon on the Mount, and the third is Jesus' response to his first temptation in the desert. The addition of anonymous stanzas is a phenomenon related to the oral tradition in which many Scripture songs have developed. The three stanzas together persistently and fervently direct our attention to the things of God in the context of living praise ("alleluia"), indicating that such a manner of life is necessary before God. Maranatha! Music published the composite and recorded it on their initial Praise album (1972).

A musical missionary, Lafferty has been based in Amsterdam since 1981, when she became founder and director of Musicians for Missions, an international ministry of Youth with a Mission. She received a degree in music education at Eastern New Mexico University, Portales, New Mexico. From 1971 to 1981 she was a member of Calvary Chapel in Costa Mesa, California, where she served as a worship leader and became part of a fellowship of musicians, Maranatha! Music (which later became a Christian music company). Lafferty has recorded several solo albums and a music video. Her musical style is reminiscent of the folk music of such singers and groups as Joni Mitchell, the Kingston Trio, and Peter, Paul, and Mary. She and Musicians for Missions travel worldwide with their music ministry.

Liturgical Use:
Before the reading of Scripture; appropriate in many kinds of services and at various points in the liturgy.

Named after its composer, LAFFERTY is a "simple is beautiful" tune consisting of one repeated musical line accompanied by a descant that encourages even the smallest congregation to sing in two-part harmony. A popular Scripture chorus published in many informal collections, it was one of the first t… 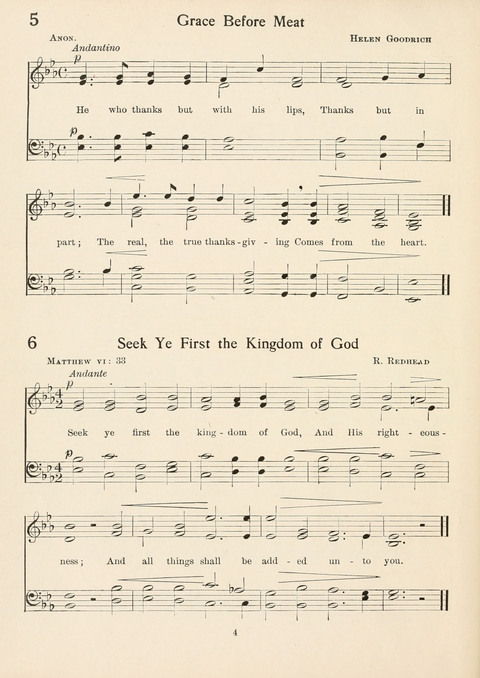 Hymns for a Pilgrim People #370

The Hymnal for Worship and Celebration #42

With Heart and Voice #35