Whatever God Ordains Is Right

Whatever God ordains is right

Samuel Rodigast, son of Johann Rodigast, pastor at Groben near Jena, was born at Groben Oct. 19, 1649. He entered the University of Jena in 1668 (M.A. 1671), and was in 1676 appointed adjunct of the philosophical faculty. In 1680 he became conrector of the Greyfriars Gymnasium at Berlin. While in this position he refused the offers of a professorship at Jena and the Rectorships of the Schools at Stade and Stralsund. Finally, in 1698, he became rector of the Greyfriars Gymnasium, and held this post till his death. His tombstone in the Koster-Kirche in Berlin says he died "die xxix. Mart. a. MDCCVII . . . aetatis anno lix." ...Two hymns have been ascribed to him, on of which has passed into English, viz.:--"Whatever God ordains is right.… Go to person page > 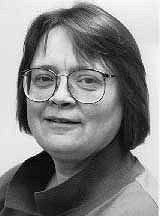 Gracia Grindal (b. Powers Lake, ND, 1943). Grindal was educated at Augsburg College, Minneapolis, Minnesota; the University of Arkansas; and Luther-Northwestern Seminary, St. Paul, Minnesota, where she has served since 1984 as a professor of pastoral theology and communications. From 1968 to 1984 she was a professor of English and poet-in-residence at Luther College, Decorah, Iowa. Included in her publications are Sketches Against the Dark (1981), Scandinavian Folksongs (1983), Lessons in Hymnwriting (1986, 1991), We Are One in Christ: Hymns, Paraphrases, and Translations (1996), Good News of Great Joy: Advent Devotions for the Home (1994 with Karen E. Hong), Lisa sandell, the Story of Her Hymns (2001 with John Jansen), and A Revelry of Har… Go to person page >
^ top

WAS GOTT TUT is usually attributed to Severus Gastorius (b. Ottern, near Weimar, Germany, 1646; d. Jena, Germany, 1682), who presumably composed the tune during a convalescence in 1675 (see above). The tune was published in Ausserlesenes Weimarisches Gesangbuch (1681). Educated at the University of…

All tunes published with 'Whatever God Ordains Is Right'^ top