ST. DENIO is based on "Can mlynedd i nawr" ("A Hundred Years from Now"), a traditional Welsh ballad popular in the early nineteenth century. It was first published as a hymn tune in John Roberts's Caniadau y Cyssegr (Hymns of the Sanctuary, 1839). The tune title refers to St. Denis, the patron saint of France.

ST. DENIO is a sturdy tune in rounded bar form (AABA'); its bright character in a major key should put to rest the notion that all Welsh tunes are sad and in minor key. It bears vigorous performance with singing in harmony supported by solid organ tone. The final stanza is a jubilant profession of how God blesses–save the extra reeds and mixtures for it!

John Roberts (b. Tanrhiwfelen, Penllwyn, near Aberystwyth, Wales, 1822; d. Vron, Caernarvon, Wales, 1877) is also known by his Welsh name, Ieuan Gwyllt (Wild John) to distinguish him from many other John Roberts. He began conducting choirs at the age of fourteen and was a schoolteacher at sixteen. Ordained in the (Calvinist) Methodist ministry in 1859, he served congregations in Aberdare and Llanberis. In 1859 he also founded the Welsh singing festival "Gymanfa ganu" and compiled the important Calvinist Methodist hymnal Llyfr Tonau CynulleidfaolPHH 73) hymnal, Swn y Iiwvili (1874).

Text: Be Firm and Be Faithful

Text: O Thou Who the Shepherd of Israel Art

Text: Sound over All Waters

Text: Though Troubles Assail Us

Text: A Roman Centurion Sought Out The Lord

Text: All Praise to the LORD 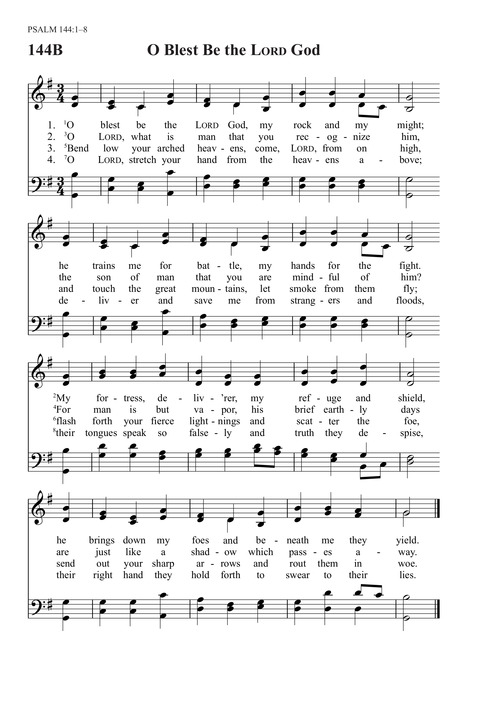 A New Hymnal for Colleges and Schools #69

Hymns for a Pilgrim People #37

Hymns for a Pilgrim People #291

Hymns to the Living God #36

Praise! Our Songs and Hymns #55

Rejoice in the Lord #7

Include 60 pre-1979 instances
All instances^ top
Suggestions or corrections? Contact us