From Ocean unto Ocean

The City Is Alive, O God

The city is alive, O God,
with sound of hustling feet,
with rapid change and flashing lights
that pulse through every street;
but oft there's inhumanity
behind the bright facade,
and throngs with empty, hungering hearts
cry out for help, O God.

Surrounded By So Great a Cloud of Witnesses

Eric H. Thiman (b. Ashford, Kent, England, 1900; d. Camden, London, England, 1975) composed STOKESAY CASTLE in 1923 as a setting for "Stand Up, Stand Up for Jesus." The tune was published with a variety of other texts in the British Congregational Praise (1951) and in the Canadian Anglican and United Church's Hymn Book (1971). The tune is named after an old fortified manor house near Church-Stretton, close to the Onny River on the border between England and Wales. Thiman was much impressed with that house when he visited there.

STOKESAY CASTLE is marked by strong motives and a march-like accompaniment. Sing with strong unison voices and use sturdy organ accompaniment to make this “city hymn” come alive.

Thiman's education included study at Trinity College of Music and the Guildhall School of Music; he also received a Doctor of Music degree from the University of London in 1927. In 1932 he became a teacher of harmony at the Royal Academy of Music and in 1956 was named dean of the faculty of music at the University of London. An accomplished organist, Thiman made frequent recital tours both in England and throughout the British Commonwealth. One of his many interests was choral singing by congregations; he served London's Park Chapel from 1927 to 1957 and City Temple Church from 1957 to 1975. A prolific composer, Thiman wrote piano and orchestral pieces and some fine part songs, but most of his work was church music: he composed services, cantatas (including The Last Supper and The Temptation of Christ), many anthems, organ pieces, and hymn tunes. Chair of the music committee for Congregational Praise (1951), he contributed tunes, descants, and harmonizations to that hymnbook. Thiman also wrote music textbooks, including a manual on varied organ harmonizations, Varied Harmonies to Hymntunes (1924); his many hymn tune harmonizations were published as Varied Harmonies to 34 Well-Known Hymns (1937), Varied Harmonizations of Favorite Hymn Tunes (1955), and 44 Hymn Tunes Freely Harmonized (1969). 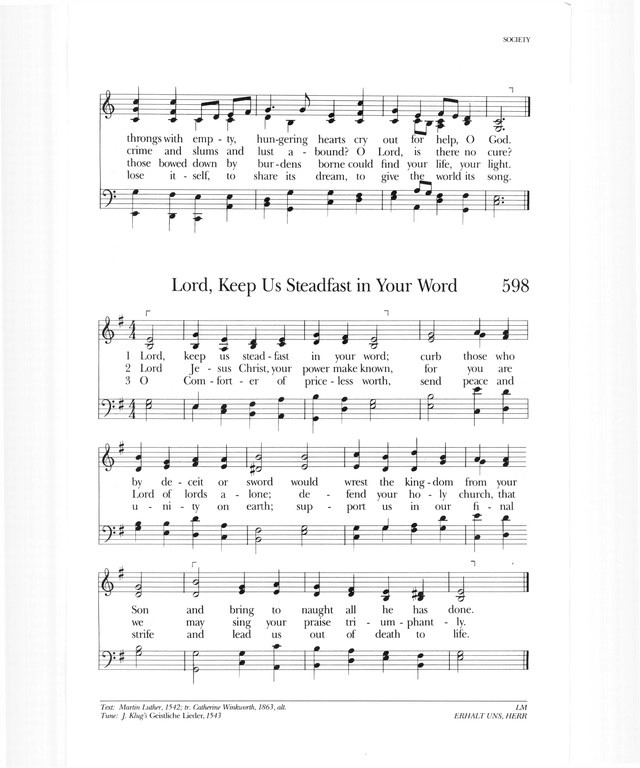 Tune Title: STOKESAY CASTLE First Line: Blest be the King whose coming Is in the name of God! Date: 1985
Seventh-day Adventist Hymnal #231