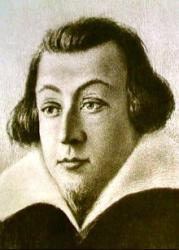 Jiří Třanovský (Polish: Jerzy Trzanowski, Slovak: Juraj Tranovský, Latin: Georgius Tranoscius) (9 April 1592, Teschen, Silesia – 29 May 1637, Liptovský Sv. Mikuláš, Upper Hungary), was a hymnwriter from the Cieszyn Silesia. He was sometimes called the father of Slovak hymnody and the "Luther of the Slavs." His name is sometimes anglicized to George.

Třanovský was born in Teschen, and studied at Guben and Kolberg. In 1607, he was admitted to the University of Wittenberg where Martin Luther had taught less than a century earlier. He traveled in Bohemia and Silesia in 1612 and became a teacher at St. Nicholas Gymnasium in Prague. Later, he became rector of a school in Holešov, Moravia. In 1616 he was ordained a priest in Meziříčí and served as a pastor for four years. The persecution of Lutherans in Bohemia under Ferdinand II forced him into exile. After an imprisonment in 1623 and the death of two children from plague the following year, Třanovský received a call to be pastor to a church in Bielitz, Teschen Silesia. He also became personal chaplain to Count Kasper Illehazy in 1627.

Třanovský was a lover of poetry and hymns. He issued several collections of hymns, the first being the Latin Odarum Sacrarum sive Hymnorum Libri III in 1629, but his most important and most famous word was Cithara Sanctorum (Lyre of the Saints), written in Czech, which appeared in 1636 in Levoča. This latter volume has formed the basis of Czech and Slovak Lutheran hymnody to the present day. In addition to hymn collections, Třanovský translated the Augsburg Confession in 1620 into Czech. These two latter works together with Bible of Kralice are the pillars that supported the Slovak reformation.