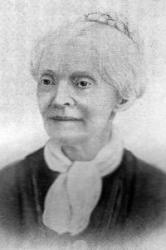 When she was 13 years old, James began teaching Sunday school in the Methodist Episcopal church. She became a prominent figure in the Wesleyan Holiness movement, assisting Phoebe Palmer, and often leading meetings at Ocean Grove, New Jersey, and elsewhere. She wrote about 50 hymns, and articles by her appeared in the Guide to Holiness, the New York Christian Advocate, The Contributor, The Christian Witness, The Christian Woman, The Christian Standard, and the Ocean Grove Record. Her works include:

The Soul Winner: A Sketch of Life and Fact and Incidents in the Life and Labors of Edmund J. Yard, 1883