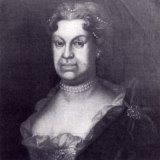 Emilie Juliane was daughter of Count Albert Friedrich of Barby and Mühlingen (on the Elbe, near its junction with the Saale). During the Thirty Years' war her father and family had to seek refuge in the Heidecksburg, the castle of his uncle, Count Ludwig Günther of Schwarzburg Rudolstadt, and Emilie was born at the Heidecksburg, Aug. 16, 1637. After the death of her father (1641) and mother (1642), she was adopted by her mother's sister (who was her godmother, and had become the wife of Count Ludwig Günther), and was educated at Rudolstadt with her cousins, under the care of Dr. Ahasuerus Fritsch, and other tutors. She became the wife of her cousin, Albert Anton, July 7, 1665, and died at Rudolstadt, Dec. 3, 1706 (Koch, iv. 56-63; Allg. Deutsche Biog, i. 127; Pasig's Introduction; Bode, pp. 63-64, &c).

She was the most productive of German female hymn-writers, some 600 being attributed to her. Her early education in music and in poetry, and the influence of the kindred spirits of her cousin Ludamilia Elizabeth and of Dr. Ahasuerus Fritsch, no doubt fostered and developed her gifts. Her hymns, which are full of deep and child-like love to the Lamb of God, the Bridegroom of the Soul, partake too largely of the character of revelations of her inner life, and of reflections in verse, “improving" the events of her daily life, to be suited for Church use. A considerable number did, however, pass into the hymn-books, and the first here noted is a hymn of the first rank. Of those published in her lifetime the most appeared in her devotional works. (1) Geistliche Lieder und Gebete vor und nach Erlangung gottl Ehesegens, Rudolstadt, 1683. (2) Kühlwasser in grosser Hitze des Creutzes, Rudolstadt, 1685. (3) Tägliches Morgen- Mittags- und Abend-Opffer, Rudolstadt, 1685 (2nd ed., enlarged, 1699). Others appeared in the editions of the Rudolstadt Gesang-Buch, 1682-1704. After her death they appeared, collected, under the title of Der Freundin des Lammes Geistlicher Brautschmuck, pt. i., 1714, and enlarged 1742; pt. ii. 1742; pt. iii. 1770; a number of hymns by other authors, which the editors had found transcribed in the Countess's handwriting, being included by mistake. A selection of 108 of her Geistliche Lieder, ed. with an introduction, biographical and critical, by Dr. Pasig, appeared at Halle, 1855.

Three have passed into English, viz.:—
i. Wer weiss wie nahe mir mein Ende. For the Dying. This beautiful hymn was in last century the subject of an unpleasant controversy. It 1st appeared in the Appendix of 1688 to the Rudolstadt Gesang-Buch, 1682; and, like all the other hymns in that collection, it was given without an author's name. It at once passed into other collections, generally as anonymous, but sometimes under the name of the Countess. In the Schwartzburgische Denhmahl einer Christ-Gräflichen Lammes-Freundin, 1707, she was expressly named as author. On this G. M. Pfefferkorn (q.v.) claimed it as his own. The resulting controversy is given in detail in Wetzel, i. 4-26, ii. 294-307; iii. 156-191, and his A. Hymns i. 9-10, ii. 115-117; in Fischer, ii. 365-369; in Pasig's Introduction, xxiii.-xxxi.; and in Koch, viii. 637-639.