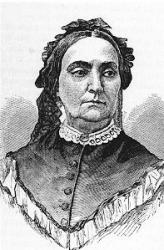 Baxter, Lydia, an American Baptist, was b. at Petersburg, N. York, Sep. 2, 1800, married to Mr. Baxter, and d. in N. Y. June 22, 1874. In addition to her Gems by the Wayside, 1855, Mrs. Baxter contributed many hymns to collections for Sunday Schools, and Evangelistic Services. Of these, the following are the best known:—