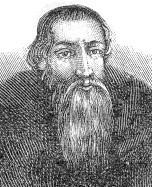 Selnecker, Nicolaus, D.D., son of Georg Selnecker (Selneccer, Schellenecker, who was protonotarius to the Nürnberg magistracy, but lived at Hersbruck near Nürnberg) was born at Hersbruck Dec. 5, 1532. In 1536 he was removed to Nürnberg, and became during his school time, when only twelve years old, organist at the chapel in the Kaiserburg there. He went to the university of Wittenberg in 1550 (where he became a favourite pupil of Melanchthon), graduated M.A. on July 31, 1554, and subsequently lectured as a privat-docent, sometimes to 200 students. In the end of 1557 he was appointed second court preacher at Dresden, and tutor to the heir apparent Prince Alexander, having also to supervise the education of the choirboys of the royal chapel. He was ordained at Wittenberg Jan. 6, 1558. The principal theologians at the Saxon court at that time were inclined to follow Melanchthon's lead and to approximate to Calvin's teachings regarding Consubstantiation. When therefore Selnecker thought it his duty openly to declare his adhesion to strict Lutheranism, he found his position almost untenable. When Martin Hoffmann of the Neustadt church in Dresden preached against the Elector August's passion for game preserving, Selnecker took Hoffmann's part. His enemies took advantage of this, and managed so that after Hoffmann had been expelled from Dresden, in August, 1564, Selnecker was requested to seek work elsewhere. He preached his farewell sermon at Dresden on March 15, 1565, and on the 26th he entered on his new office of Professor of Theology at Jena.

After the siege of Gotha, Duke Johann Wilhelm of Saxony recalled Wigand and other professors of Theology who had been expelled from Jena, in 1561, as adherents of Flaeius; and Selnecker, not being so extreme a Lutheran as they, had to leave Jena. Thereupon the Elector August again received him into favour, appointed him professor of Theology at Leipzig, and also pastor of St. Thomas's church and Superintendent of Leipzig. He entered on his duties at Leipzig in August 1568, and for some time worked quietly and successfully. In July 1570 the Elector acceded to the request of Duke Julius of Brunswick for Selnecker's services, and gave Selnecker leave of absence to go to Wolfenbüttel as court preacher and general superintendent. Here he succeeded in inducing the clergy to receive the so-called Saxon Confession, and persevered in zealous visitations of churches, schools, &c. After 1572 he resided at Gandersheim, took an interest in the Gymnasium there, &c. In 1573 he also visited, and drew up a book of Church Order and Discipline for the district of Oldenburg-Jever. But in Brunswick, what with Martin Chemnitz the Superintendent of Brunswick, who was a High Lutheran, the Duke who wished for peace, and the other General Superintendent at Wolfenbüttel, Selnecker found it a difficult matter to work comfortably, and was himself accused of Crypto-Calvinism. He therefore gladly accepted the Elector August's recall to Leipzig, and began to lecture there again in Feb. 1574. In 1576 he was once more appointed pastor of St. Thomas's Church, and Superintendent. At Leipzig the sacramental controversy broke out afresh, and Selnecker became deeply involved therein, lie was then engaged in drawing up the Formula of Concord (meant to unite the Lutherans, but to exclude the Romanists on one hand, and the Calvinists on the other), which was finally revised on May 29, and published on July 22, 1577. The Formula of Concord was so far a success that it was very largely subscribed, but at the same time its authors, and specially Selnecker, were subjected to the most violent abuse both from the High Lutherans and from the Galvinists, so much so that he called 1579 his "year of patience and silence." For a few years immediately thereafter his life was a more peaceful one, and he found time to devote to poetry and music. At this time he assisted greatly in the building up of the famous Motett Choir of St. Thomas's Church, which J. S. Bach afterwards conducted. But on the death of the Elector August in 1586 the real direction of affairs passed into the hands of Dr. Nicolaus Crell, Chancellor to the Elector Christian I., and under his rule the Lutheran clergy were gradually displaced by Melanchthonians and Crypto-Calvinists. When the new court preacher Salmuth began to issue a German Bible with notes in which he clearly taught Calvinism and impugned the Formula of Concord, Selnecker published a pamphlet in opposition, and was in consequence deprived of his offices on May 17, 1589. For a time he stayed on in his own house in Leipzig, and used his pen in controversy. But after haying received, on Oct. 22, notice to cease writing, he thought it prudent to leave Leipzig, He found many sympathisers, and after a short time spent in Halle and then in Magdeburg, he accepted the appointment of Superintendent at Hildesheim. Here he had many anxious and weighty matters to settle, and was finally called on, in 1591, to arbitrate in matters of dispute at Augsburg. Returning from Augsburg in stormy December weather, and being worn out and seriously ill, he reached Hildesheim half dead, and was confined to his room till April. Meantime the Elector Christian I. had suddenly died, and his widow, after deposing the Chancellor Crell, proceeded to recall those whom Crell had banished. Selnecker, spite of his weakness, welcomed the idea of returning to Leipzig, left Hildesheim on May 9, and reached Leipzig on May 19; but only to die. He died at Leipzig, May 24, 1592.

Seluecker, as we have seen, was a prominent figure in the ecclesiastical history of Germany in the latter half of the sixteenth century, and a good illustration of the extremes to which theological controversies were then carried. He was the author of some 175 theological and controversial works, in German and Latin, perhaps the most important being his Institutio Religionis Christianae, Frankfurt, 1572-73. He also ranks, with Helmbold and Ringwaldt, among the most important hymnwriters of the period. Amid the manifold changes and chances of his life he found inspiration and consolation in the study of and recourse to the Psalter, and in his love of music. In Latin verse he published a Scriptural play on the Fall of our First Parents, entitled Theophiania, &c, Wittenberg, 1560 [Brit. Mus.], and a version of the Psalms as Paraphrasis Psalterii, Heinrichstadt, 1573…His German hymns partake for the most part of the objective churchly character of the hymns of the Reformation period, and indeed contain many reminiscences of them. Of the rest, many only too faithfully mirror the misfortunes and changes and conflicts of his life, and are full of personal matter and careless in style. Still there remain not a few worthy of note, in which a genuine piety, a deep and fervent love to the Saviour, and a zeal for the best interests of His Church on earth, are expressed in clear, flowing and musical style.