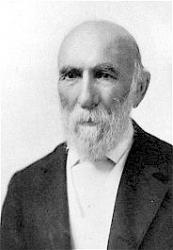 Loy, M., President of the Capital University, Columbus, Ohio, contributed several original hymns, and translations from the German, to the Evangelical Lutheran Hymnal. Published by Order of the Evangelical Lutheran Joint Synod of Ohio and Other States. Columbus, Ohio, 1880.
The translations may be found through the Index of Authors, &c.; the original hymns are the following:—
1. An awful mystery is here. Holy Communion.
2. At Jesus' feet our infant sweet. Holy Baptism.
3. Come, humble soul, receive the food. Holy Communion.
4. Give me, 0 Lord, a spirit lowly. Humility desired.
5. God gave His word to holy men. Inspiration of Holy Scripture.
6. God of grace, Whose word is sure. Faithfulness.
7. How matchless is our Saviour's grace. Holy Baptism.
8. I thank Thee, Saviour, for the grief. Lent.
9. Jesus took the lambs and blest them. Holy Baptism.
10. Jesus, Thou art mine for ever. Jesus, All and in All.
11. Launch out into the deep. Call to Duty.
12. Listen to those happy voices. Christmas.
13. O Great High Priest, forget not me. Confirmation.
14. O Lord, Who hast my place assigned. Daily Duties.
15. Our Shepherd of His ransomed flock. Holy Communion.
16. The gospel shows the Father's grace. Holy Scripture.
17. The law of God is good and wise. Holy Scripture.
18. Though angels bright escape our eight. St. Michael and All Angels.
19. When Rome had shrouded earth in night. The Reformation.
20. When souls draw near the holy wave. Confirmation.
Several of these hymns, together with some of his translations, previously appeared in the Ohio Synod's preceding Collection of Hymns (3rd ed., 1858; 4th, 1863).

Loy, Matthias, D.D., p. 700, i. Dr. Loy was born in Cumberland County, Pennsylvania, March 17, 1828. He studied at the Evangelical Lutheran Theological Seminary at Columbus, Ohio, of which he became Professor of Theology in 1365. He was appointed President of the Capital University in 1880.

Matthias Loy was the fourth of seven children of Matthias and Christina Loy, immigrants from Germany who lived as tenant farmers in the Blue Mountain area of Cumberland County, Pennsylvania. In 1834, when Matthias was six years old, the family moved to Hogestown, a village nine miles west of Harrisburg, Pennsylvania. When he was fourteen, he was sent as an apprentice to Baab and Hummel, printers of Harrisburg. Here he worked for six years, while attending school. He received a classical education at Harrisburg Academy and graduated at Trinity Lutheran Seminary in Columbus, Ohio in 1849.
Wikipedia Biography
TextsTunesHymnals